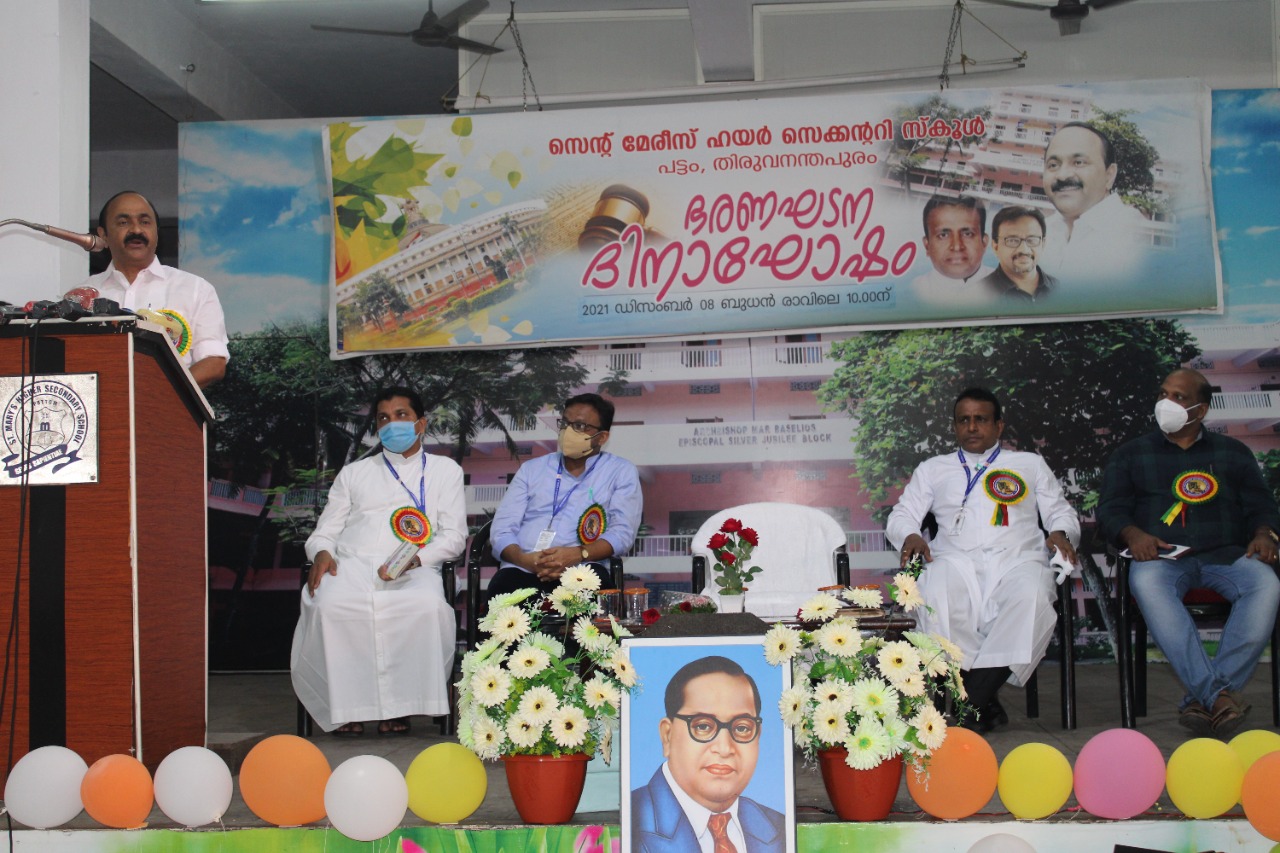 Indian Constitution is a model for the rest of the world: - Leader of the Opposition - Advocate V D Satheesan St. Mary's Higher Secondary School, Pattom celebrates Constitution Day and International Human Rights Day. The Leader of the Opposition, Adv. V D Satheesan inaugurated the conference jointly commemorating the 65th anniversary of Dr. B R Ambedkar. He also highlighted the role of national leaders like Pandit Jawaharlal Nehru, Dr. B R Ambedkar and Dr. Rajendra Prasad, who drafted a beautiful constitution based on Gandhiji's ideas and ideals that will perpetuate the essence of the Indian Constitution. He called on the children to preserve this beautiful Constitution, the backbone of Indian democracy, which was formed after many discussions and deliberations by all sections of the people. He clearly answered the children's questions on the features of the Indian Constitution and contemporary political and social issues. The meeting was presided over by the school Principal Rev. Fr. Babu T. School Headmaster Sri Bijo Geevarughese welcomed the gathering. Chandrayaan Quiz winners were presented with prizes. The children presented the introduction of the Constitution in different languages. There was a patriotic song and a video presentation. School representative Jiya Suresh thanked them. MG College Professor and School PTA President Dr N.K. Sunilkumar led a class on the human rights approach in the Indian Constitution. The program ended with the national anthem.